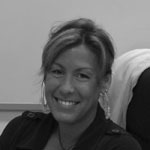 I attended the launch yesterday of the 2007 Portable Antiquities Scheme annual report. Held at the BM in the new temporary exhibit space housing the few objects from the Staffordshire Hoard that are on display to the public, the meeting was full of the usual luminaries as well as Fred Johnson and his wife – the landowners of the farm where the Hoard was found.

It was quite interesting to meet them and to hear their take on the hoopla that has invaded their lives since the summer; Mr Johnson has been extremely accommodating to the archaeologists, but less so to the media who sometimes overstepped when trying to gain access to his land.   It was lovely to see the Hoard through their eyes.
It was an occasion to celebrate the hard-fought success of the Portable Antiquities Scheme. Speakers included Neil MacGregor, Roy Clare and Margaret Hodge; overall, their message was one of positivity and acknowledgement of the essential role the PAS plays.   Interesting, given the funding struggles the PAS has gone through in recent months.   However, it would be impossible not to acknowledge the Scheme’s success and role at the heart of the museum mission — to love and share material culture with the public — with the cases holding the Staffordshire Hoard sitting so prominently behind the microphone. As Maraget Hodge said, ‘The discovery of the Staffordshire Hoard has captured public imagination and demonstrated the importance of the Scheme.   This discovery alone justifies the existence of the PAS.’
Neil MacGregor confirmed that the British Museum would not seek to acquire the Hoard, and reiterated the BM’s commitment to partnership with the regions.   It was clear from the response of the public to the temporary display of the Hoard in Birmingham (where people queued for up to four hours to view it) that being housed outside of London will not have a negative impact on exposure or access; people will travel to see something fascinating.
According to the report, 2007 was a record year for the PAS in terms of objects recorded and housed in museums; one has to imagine that the figures will only continue upwards. Congratulations!