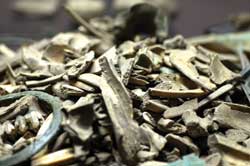 An important feasting site is being excavated at Llanmaes in south Wales.   Along with fabulous metalwork and pottery, archaeologists have found a very mysterious array of bones in the midden site. What could it mean?

Early in 2003, two metal detectorists found an interesting collection of bronze fragments, and brought them to the National Museum Cardiff for identification. The fragments were soon identified as parts of large bronze cauldrons of the type that was common between the Late Bronze Age and the Earliest Iron Age (800-600 BC). There were also bronze axes: not the usual type, but the long, slender Armorican axes once made in Brittany and Normandy, suggesting long distance exchange contacts with the site. It was clearly a major discovery that warranted further scrutiny: with the help of the two metal-detectorists, Steve McGrory and Anton Jones (who had responsibly reported their discovery via the Portable Antiquities Scheme in Wales), we investigated the find-spot. In the five summers since then, the site has become a large research excavation, and has revealed one of the most interesting sites of this period so far discovered in Wales. It is only 3km from the coast, looking out towards Somerset and Devon, giving voice to the likelihood of ancient sea travel to and from the site. 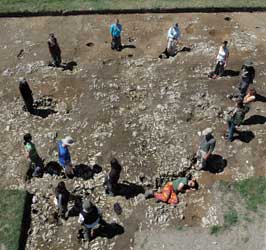 Llanmaes appears to be the place of a large midden or rubbish mound, invested with important social meanings and significance. Evidence suggests that great feasts may have periodically taken place in the vicinity. Large middens first came to prominence in the 1980’s, through discoveries such as Potterne in Wiltshire. Here, a huge midden covering 3.5 hectares and up to 2m deep was identified.

Other such sites have been discovered nearby at East Chisenbury, while the site at Runnymede, extensively excavated when the new M3 motorway was put across the Thames, also appears to be a midden site. In southern England, these middens date from the Late Bronze Age to the Earliest Iron Age between the 10th and 7th centuries BC. This new site at Llanmaes is smaller than most of the others of this kind, but it has a particularly rich metalwork assemblage, with fragments of no less than four cauldrons being identified. So, what can it tell us about these mysterious midden sites? 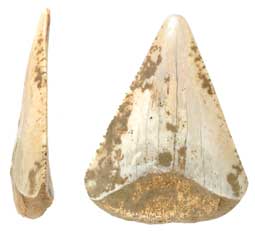 When we reached the site, the finders told us that the artefacts had been retrieved from one area of a field under rough pasture at the edge of Llanmaes village, currently occupied by inquisitive cattle. After a careful ground search, we managed to relocate some of the many detector pits dotting an area of approximately 30m by 30m, from which the finders had retrieved these bronze artefacts. We emptied the back-filled soil from six of the larger pits and found that an archaeological soil layer survived beneath the topsoil and overlying the limestone bedrock. Unfortunately, the finders were unable to identify objects back to the specific detector pits from which they came.

Pursuing this discovery further, a small geophysical survey was carried out by Dr Tim Young of GeoArch. A small exploratory excavation was also undertaken, to understand whether or not these finds were treasure, in relation to the Treasure Act of 1996 and the 2002 revision to include prehistoric bronze artefacts buried in direct association.

Following the decision that the fragments were unlikely to be either part of a hoard or a grave assemblage, and were therefore not ‘treasure’, we nevertheless decided to proceed with a major research excavation. 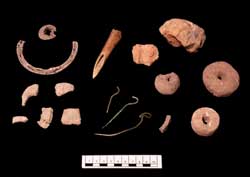 Previous Who killed Lindow Man? Next Roman Mosaics of Britain: the view from the South East