Current Archaeology  is pleased to announce the winners of their 2010 awards, presented 27 February 2010, at the British Museum as part of the Archaeology 2010 conference.

Top honours for Archaeologist of the Year went to Mike Parker Pearson, Professor of Archaeology at Sheffield University and co-director of the Stonehenge Riverside Project (SRP).   The SRP team was also recognised for their work with the recent Bluestonehenge discoveries, receiving a gong for Research Project of Year.   The Staffordshire Hoard won Rescue Dig of the Year, with Kevin Leahy, National Finds Advisor on Early Medieval Metalwork for the Portable Antiquities Scheme, accepting the accolade on behalf of the project team.   Sir Barry Cunliffe’s recent publication  Europe between the Oceans, 9000BC-AD1000, was voted Book of the Year. 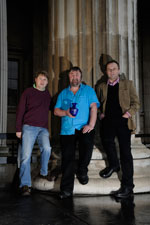 The awards are chosen annually from work published in  Current Archaeology, and the final selection is based on votes cast by the readers. Professor Brian Fagan of the University of California, Santa Barbara, hosted the awards ceremony and remarked on the day’s proceedings:

‘This unique conference is a form of vital public outreach that I have never experienced elsewhere in the world and ranks among the most important contributions we can make to archaeology. Contact with the broader public is essential in order to provide archaeology with a promising and vibrant role in today’s society. Bringing together many diverse archaeological, environmental, and historical strands as well as cutting edge research and new ideas, this event made a forcible point–that archaeology has much to offer us.’ 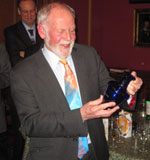 The ceremony also included awards from major archaeological organisations, representing a full scope of work from amateur to academic and professional endeavours.    In conjunction with the Current Archaeology Awards, these additional prizes offer the most comprehensive recognition of archaeological work in Britain.  Andante Travels, who specialise in archaeological tours, awarded Dr Elizabeth Graham of the UCL Institute of Archaeology their top laurel for her Mayan settlement site in Lamanai, Brazil.   Steve Kiln of the Robert Kiln Trust, an organisation which focuses on projects carried out by voluntary bodies or individuals, selected the High Morlaggan Project, a community archaeology project based in northern Scotland near Loch Lomond, as their 2010 winner. Adam Daubney, Finds Liaison Office for Lincolnshire, was awarded the CA Jeffrey May prize for writing, for his article entitled  Credit crunch and Venetian Galleys.

Awards for the Presentation of Heritage Research joined with Archaeology 2010 in a new partnership with English Heritage and the main heritage organisations in Britain and Ireland: the Royal Archaeological Institute, English Heritage, Cadw (Wales), Historic Scotland, the Environment and Heritage Service (an agency within DOE(NI), and the Department of the Environment, Heritage and Local Government (Republic of Ireland).

Against a field of ten top presentations on British and Irish archaeology, historic buildings, and heritage conservation, first prize was scooped by Chris Yates of the South West Maritime Archaeology Group, for his talk entitled  Bronze Age Trade in Copper: Evidence from a Maritime Environment. Brendon Wilkins, of Headland Archaeology (Ireland) Ltd, was 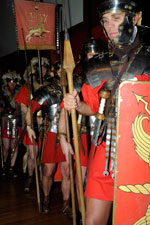 awarded the runner-up prize for his work on  Recently reported road deaths on the N6: 3500 BC to 1500 AD, while the Under 30’s category was won by Chantal Summerfield for  The archaeology of soldier’s identity in the 20th century, uncovered through a comparison of arborglyphs.   The awards were presented by Julian Richards,  the archaeologist and broadcaster best known for his work on  Meet Ancestors.

The Archaeology 2010 conference was organised by  Current Archaeology magazine and co-hosted by the Portable Antiquities Scheme. Sponsors included English Heritage, Towergate Insurance and Andante Travels.   In its third year, the conference has established itself as a must-go event, attracting over 500 delegates and representatives from every aspect of archaeology.   A full conference review and photos will be available soon on the  Current Archaeology website, www.archaeology.co.uk, and plans are already under way for the 2011 event.