Deep in the heart of Silbury Hill

I was lucky enough to be invited along on the press tour of the Silbury Hill excavations on Wednesday, October 24. So, taking my life in my hands, I hopped in the infamous Selkirk camper van and headed down with Andrew.  There’s more going on there than I expected, and my interest has been seriously piqued. Take a step inside with me. 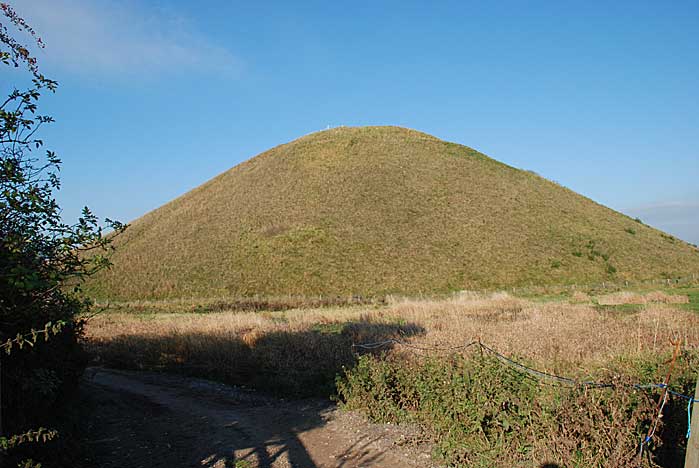 The first sight of Silbury Hill never fails to impress- one wonders what could have possibly motivated the builders to such superhuman efforts, and I spent much of my day turning over in my mind the many different meanings this astounding place could have had to Neolithic people. Luckily we had a nice day, so I got to see it in all its glory – both inside and out. The site is quite large, and very well looked after. I was impressed by the Skanska engineers- they seem truly to see the site for its archaeological significance, rather than just as a structural problem that needs solving. It’s nice to see a job like this approached with sensitivity! 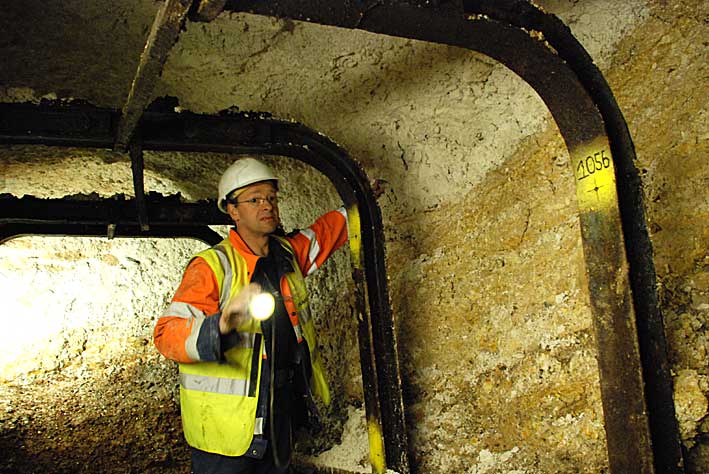 Jim Leary (the English Heritage archaeologist onsite, and ‘star’ of the myriad articles that have appeared in the press and the recent BBC documentary) took us through the tunnel and pointed out all the major markers of the controversial past excavations, as well as the voids created by collapse that are the motivation behind wanting to backfill Silbury Hill. The voids are huge, and seemingly perfectly placed to destabilise the entire structure. It’s creepy down there, and every so often some chalk falls – just in time to remind us all that the hill really needs shoring up. 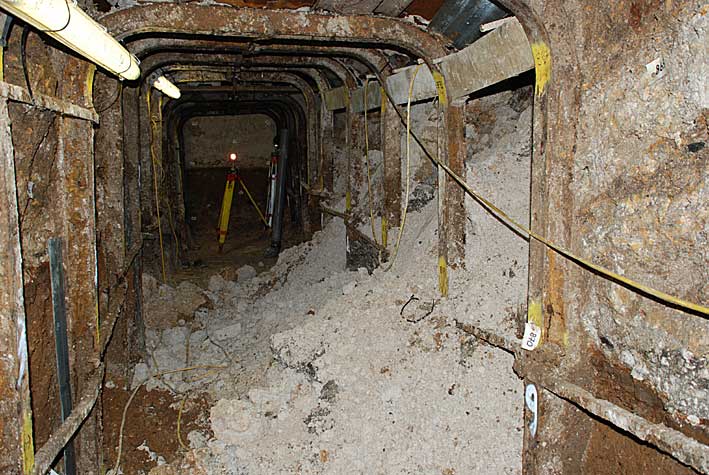 There is exciting work being done in dating Silbury. At present there are two models for the construction; the first calls for a continuous process beginning and ending in 2400BC, the second proposes that construction finished later, in 2000BC. Jim Leary believes the second to be most likely, given that there is evidence of a work standstill between Silbury 2 and 3. There have also been some very interesting juxtaposed deposits of sarsen and antler fragments found on the current summit level; given what was going on in with sarsens in nearby Avebury and Stonehenge at the same time as Silbury, interesting questions have been raised about the ritual significance of Silbury Hill. Hopefully, they’ll have enough material to study by the time the excavation finishes on November 9, and 2000 tonnes of crushed, liquefied chalk are pumped through the tunnels, sealing them forever. We will just have to wait until the official English Heritage report comes out for answers.

Jim Leary will be speaking about the initial results of the Silbury Hill project, as well as his interpretations, at the Archaeology 2008 conference February 9-10 at the British Museum. Tickets on sale now!