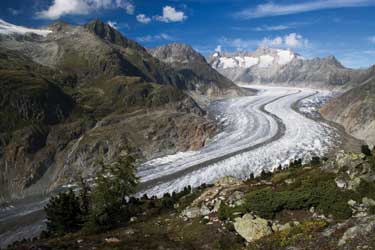 We still live in the Ice Age that began around 2.5 million years ago. Our present time is an ‘interglacial’: a relatively warm period between two big freezes. Global warming looks set to change the pattern forever. In this major feature, we examine the new book by Brian Fagan and review the latest findings of leading Ice Age specialists.

At the peak of the last glacial, roughly 20,000 years ago, much of Northern Europe and North America was covered by huge ice-sheets up to 2.5 miles thick. This was the latest of nine separate glaciations, separated by shorter interglacials, spread over the last 2.5 million years. During the glacials, northern winters might last for nine months, with temperatures below —20 °C for weeks on end. With ice covering three times as much of the Earth’s surface as it does today, sea-levels might be 90m or more lower.

Even this chronology of nine glacials oversimplifies the pattern. Over the last million years, during each cycle, it has taken about 80,000 years for the ice-sheets to reach their maximum extent, but only about 4,000 years for them to degrade into an interglacial phase. Before this, the cycles were much shorter, occurring approximately every 41,000 years. Scientists call the shift from short cycles to long cycles the ‘Mid-Pleistocene Revolution’ (MPR).

Nor is there stability within the glacials and interglacials. Climate change has continued even after the melting of the glaciers of the last cold period. In the so-called Medieval Warm Period (AD 800-1250), there were prolonged droughts in the Americas, while in the succeeding Little Ice Age (AD 1300-1860), the Thames froze over and fairs were held on the ice. This climatic rollercoaster is exceptional in the history of the planet. Fifty million years ago the Earth was warmer and wetter, with rainforest extending all the way up to northern Canada and down to Patagonia.

There was change, sometimes cataclysmic.The mass extinction of the dinosaurs around 65 million years ago — the ‘K-T extinction’ — is attributed to an upsurge of volcanic activity or asteroid impacts. But the rapid succession of glacials and interglacials, and the instabilities within each phase, constitute a distinct, recent, and relatively short period in the history of the planet. So, what caused the Ice Age (the Pleistocene), and what causes the constant swing from cold to warm phases within it? 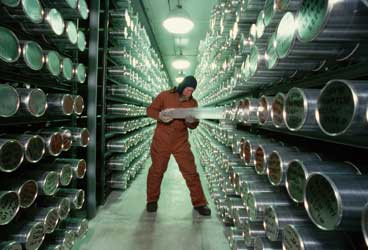 How is the Ice Age dated?
Modern understanding of the Ice Age is based on a series of scientific advances. Carbon 14 dating is of limited use to earth scientists and palaeontologists because it works only with fossils up to 40,000 years old. But the subsequent development of potassium-argon dating provided a tool for dating rocks billions of years old — because the isotope potassium-argon 40 has a much slower rate of decay than carbon 14.

A second breakthrough, more or less contemporary with potassium-argon dating, was deep-ocean coring. This was important because the evidence on land for earlier glacials had often been destroyed by the latest one: what we see today in a glaciated mountain landscape is the result of the most recent advance of the ice. There is also a problem with cores taken from existing glaciers. These are today restricted to areas of extreme cold, and therefore may not be representative of past climate across the Earth as a whole. The sea-bed, on the other hand, contains an undisturbed accumulation of layers stretching back hundreds of millions of years and from across the entire extent of the globe.

Thousands of cores have now been taken from different areas of ocean, and the nine-phase sequence of glacials and interglacials is firmly established. A central feature of the science was analysis of the relative quantities of the oxygen-18 and oxygen-16 isotopes present in the calcium carbonate skeletons of minute marine organisms called ‘foraminifera’. These isotopes are absorbed from the surrounding water during the lifetime of the each organism, and the colder the water, the greater the proportion of oxygen-18. So scientists studying the foraminifera remains in different segments of the cores have an ‘isotopic thermometer’ — a way of distinguishing cold and warm periods. 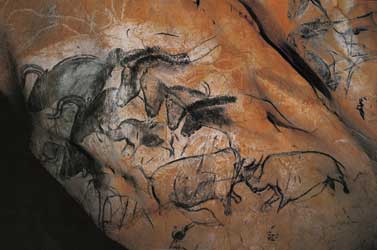 The ‘Rosetta Stone’ of Ice Age climate is the deep-sea core V28-238 from the south-west Pacific. This shows a total of 19 isotope stages, representing a succession of glacials and interglacials over some 1.8 million years. But what was the cause of these changes? What powers the climate rollercoaster?
What caused the Ice Age?

This is not the whole explanation. For millions of years, the Earth’s oscillations and wobbles did not create an ice age. Other things are necessary for this to happen. First, there have to be continents at the poles. Ice forming on the sea can be blown by air currents away from the poles into warmer waters where it melts. But if it forms on land (Antarctica) or is hemmed in by land (the Arctic), the process of dispersal and melting is halted, and permanent ice-sheets can form at the poles.

Second, the continents on or around the poles need to be kept cool. Antarctica was once covered by temperate forest; even dinosaur fossils have been found there. But the tectonic movement of Australia and South America away from Antarctica about 35 million years ago allowed the Southern Ocean to flow all around it. This ocean carries off heat, keeping Antarctica cold. Scientists believe that if this mechanism broke down and Antarctica warmed up, the release of water would raise global sea-levels by more than 70m, sufficient to submerge the Statue of Liberty. 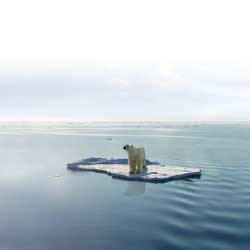 What about the Northern Hemisphere? Why has ice built up here too? Some scientists have speculated that a third factor may be at work. The movement of tectonic plates and the creation of mountain ranges — particularly the Himalayas — may have increased rainfall. Between 10 and 5 million years ago, the amount of carbon in the Earth’s atmosphere was reduced, and the argument is that this happened as increased quantities of carbon dioxide combined with the greater rainwater to form a weak carbonic acid solution, which eroded rocks, formed rivers, and flowed into the sea — storing the carbon in the oceans. The reduced carbon in the atmosphere meant that less solar radiation was retained, and the Earth cooled. And moisture was certainly important in another, more obvious way: you need lots of water to form ice.

Even so, the Ice Age did not begin immediately. There was a series of ‘failed’ ice ages, when one or another of a range of factors prevented sustained cooling at the poles and the spread of ice-sheets. About 6 million years ago, the Strait of Gibraltar closed and the Mediterranean subsequently dried out several times, creating vast salt deposits up to 2 miles thick. Then, about 5.3 million years ago, the Strait opened again, creating a gigantic waterfall and pumping vast quantities of salt into the world’s oceans. This Terminal Messinian Flood — as it is known — is thought to have halted an ice age.